For Novexus customers interested in establishing their company in Northern Virginia, the "Internet Valley" of the world, the region offers thriving commerce, revolutionary technologies, and a multitude of industries. 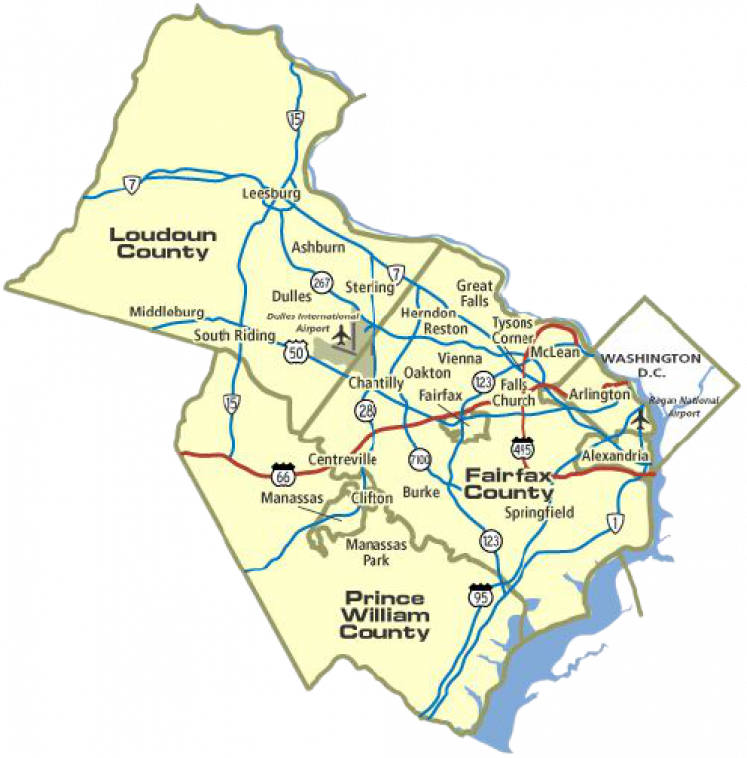 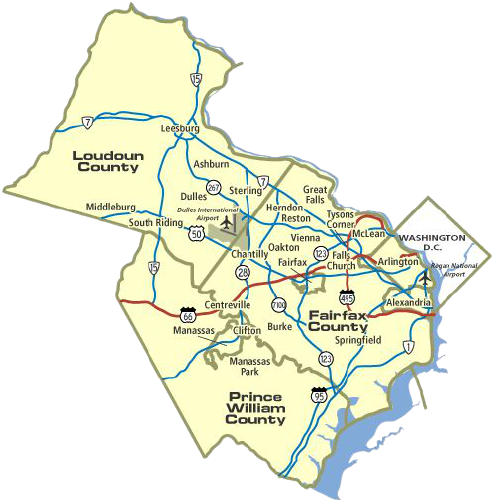 ​​​​​​​Home to more than 3.2 million people, the area’s population exceeds that of many U.S. states. Northern Virginia cities and counties lead much of the country in the number of executive jobs, in high-income households, and in the excellence of its public school system. Northern Virginia is part of the Baltimore-Washington Metropolitan Area, the fourth-largest metropolitan area in the United States.

In recent decades, Northern Virginia has experienced enormous growth in the technology sector, most especially in the Dulles Technology Corridor. This is the birthplace of the Internet and the launch of many companies, such as the well-known company AOL. The economic boom has attracted many people from all over the United States and throughout the world. The region recovered relatively quickly from the effects of the dot-com bubble because of increased defense spending in the wake of the September 11, 2001 attacks and the recent increase of new technology companies in the area. Large corporate employers include Northrop Grumman, General Dynamics, Computer Science Corporation (CSC), Science Applications International Corporation (SAIC), and Booz Allen Hamilton.

​​​​​​​Moreover, its proximity to Washington, D.C. makes Northern Virginia a desirable spot for government and defense contractors. The federal government is a major employer in Northern Virginia, which is home to numerous government agencies, such as the Central Intelligence Agency, the Pentagon (the headquarters of the Department of Defense), Fort Myer, Fort Belvoir, Marine Corps Base Quantico, the U.S. Patent and Trademark Office, and the United States Geological Survey. The activity in this area tends to shield Northern Virginia from the effects of the recession.

From Northern Virginia, businesses can access the Greater Washington regional market of more than 6 million people and link directly to national and international markets. Its strategic location on the mid-Atlantic coast puts businesses within 500 miles of nearly half of the nation’s population.

The organizations below can provide support to business development efforts in their respective areas.*

www.vachamber.com
The vision of the Virginia Chamber of Commerce is to be the voice of the Virginia business community and the most influential business advocacy organization in the Commonwealth. We will promote the free enterprise system as the best way to enhance the economic competitiveness of Virginia and the Nation. By advancing a proactive agenda, we will be the leading resource on issues that impact the business community.

www.FairfaxCountyEDA.org
Fairfax County Economic Development Authority (FCEDA) promotes Fairfax County as one of the world's best business locations. The FCEDA is an independent authority chartered by the Commonwealth of Virginia. A seven-member board of Fairfax County business leaders oversees the work of the authority. The FCEDA mission is to create demand for new commercial construction that expands the tax base and contributes to the quality of life and overall prosperity of the county.

For Novexus customers seeking information about entering the Swedish market, Sweden is a technologically advanced country with a solid infrastructure and efficient transportation and communications systems. The country is characterized by its long coastlines, large forests, and numerous lakes.

Sweden is one of the largest countries in Europe, with great diversity in its nature and climate. Sweden has a total population of about 10.4 million, which makes it a sparsely populated country, characterized by its long coastline, extensive forests, and numerous lakes. It is one of the world’s northernmost countries. In terms of surface area, it is comparable to Spain, Thailand, or the American state of California. It extends from north to south at roughly the same latitude as Alaska or—in the Southern Hemisphere—the stretch of ocean between Cape Horn in South America and the Antarctic continent.

Listed below are specific organizations that can assist Swedish companies in the United States. *

si.se/en/
The Swedish Institute (SI) is a public agency that promotes interest in Sweden abroad. SI seeks to establish cooperation and lasting relations with other countries through active communication and cultural, educational, and scientific exchanges.

The SI’s operations are carried out in close cooperation with Swedish and foreign partners, as well as with Swedish embassies and consulates around the world.

The Swedish-American Chambers of Commerce of the USA

www.sacc-usa.org
​​​​​​​SACC-USA is the umbrella organization linking 19 regional Swedish-American Chambers of Commerce and provides access and personnel on the ground in key markets across the United States. Our mission is to facilitate and support trade, commerce, and investment between the U.S. and Sweden.
House of Sweden
2900 K Street, NW
Washington, DC 20007
Phone: (202) 536-1520

www.sacc-dc.org
SACC-DC is a membership organization
dedicated to the development of useful business relationships between the United States and Sweden. The main purpose of the chamber is networking and the exchange of trade information. SACC-DC regularly organizes luncheons, business clubs as well as other activities.

House of Sweden
2900 K Street, NW
Washington, DC 20007
Phone: (202) 536-1570
*The list of organizations does not claim to be complete in any way, nor does it imply that Novexus has any business arrangement with these organizations.

Talk with an Expert Today!

Find out how Novexus' services can help your business through organizational growth, partnering, or geographic expansion.
Contact Us →

Novexus focuses on helping both start-ups and fast-growing companies through organizational growth, partnering, or geographic expansion.​​​​​​​